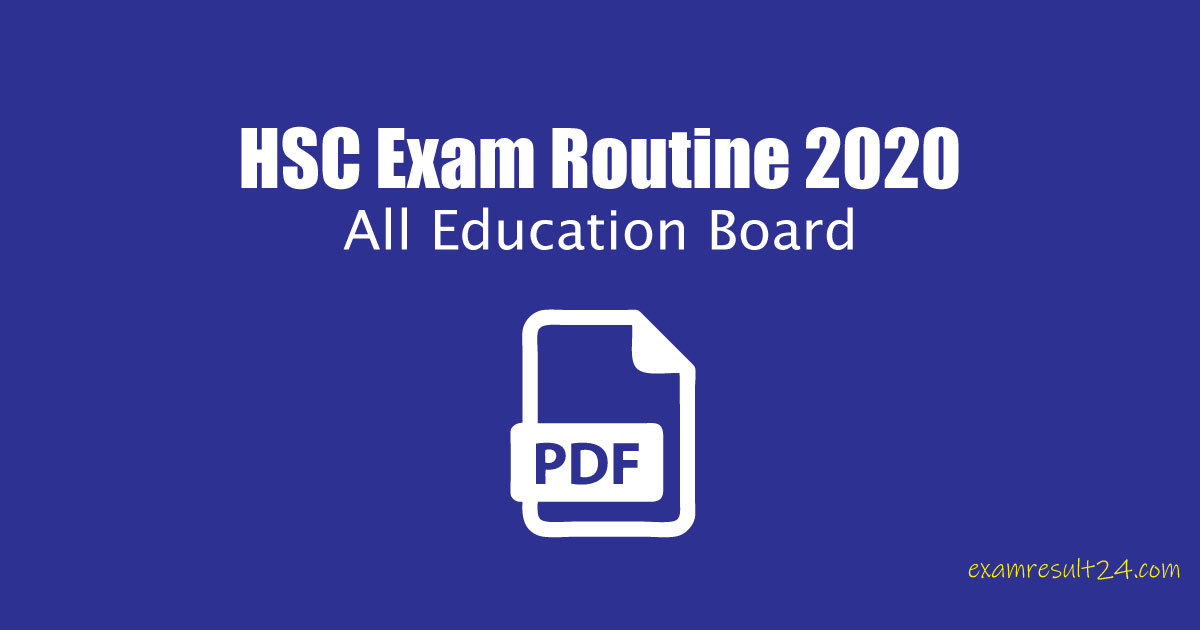 When will the HSC Exam Routine be published? When will the HSC and equivalent examinations start? The answer to this question is uncertain. The HSC Routine 2020 has already been published in Bangladesh and it has been postponed.

Basically, the Admission to the university starts by September when the HSC examinations are usually held in April-May. But the lack of exams has also created uncertainty as to when these students will be able to start university life, whether a year will be lost from their academic calendar.

On the one hand, just as the government has not yet been able to give a specific date for the HSC exams, public-private universities are also looking at improving the situation and government decisions.

The total number of candidates in the Higher Secondary Examination (HSC) 2020 in Bangladesh is more than 13 lakh.

Earlier, According to the published routine, the HSC examination was to be held from April 1, 2020. However, the test was postponed due to the closure of educational institutions due to the coronavirus situation. After that, it was not possible to organize examinations due to the extension of general leave in a few phases.

Officials say it all depends on what the coronavirus situation is.

Md. Mahbub Hossain, Secretary, Department of Secondary and Higher Education, Ministry of Education, Bangladesh, told BBC Bangla, “Our concern with the issue of intermediate candidates is that when the situation improves, it will return to normal.

If the test date is announced after August, the test schedule, the results may be released in November-December. Another HSC exam will come a few days later. Asked what would be done in that case, he said, they do not want to say in advance about it now.

“We have some contingency plans. The next decision will be based on the timing of the test. We will decide based on the situation,” said Mr. Hossain.

However, an official of the ministry, who did not want to be named, said that the HSC examination is being considered by September. But the final decision will depend on how well the coronavirus situation can be brought under control.

Earlier, the revised HSC Exam Routine was published on March 4, 2020. According to the published routine, HSC and equivalent examinations of all the Education Boards in Bangladesh where to start from April 1. According to the routine, the theoretical test was to run until May 4, 2020. The practical test was to be held from 5 May to 13 May. The routine was later canceled. 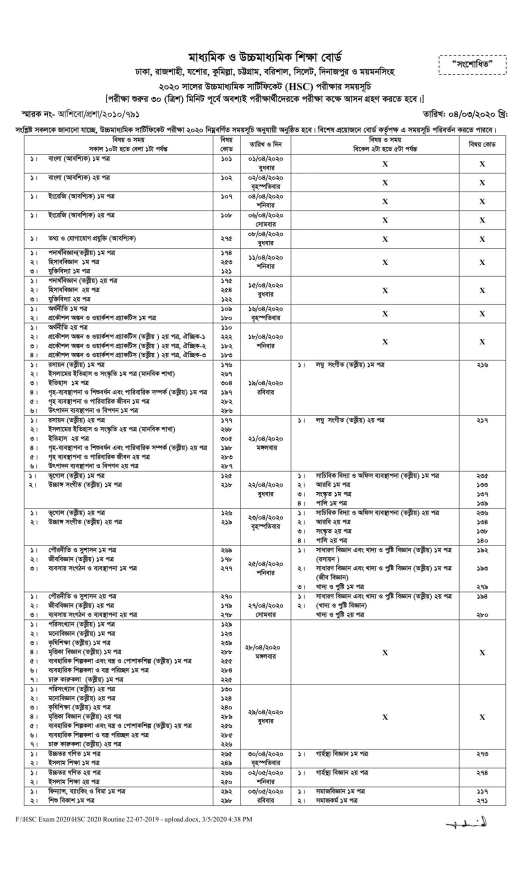 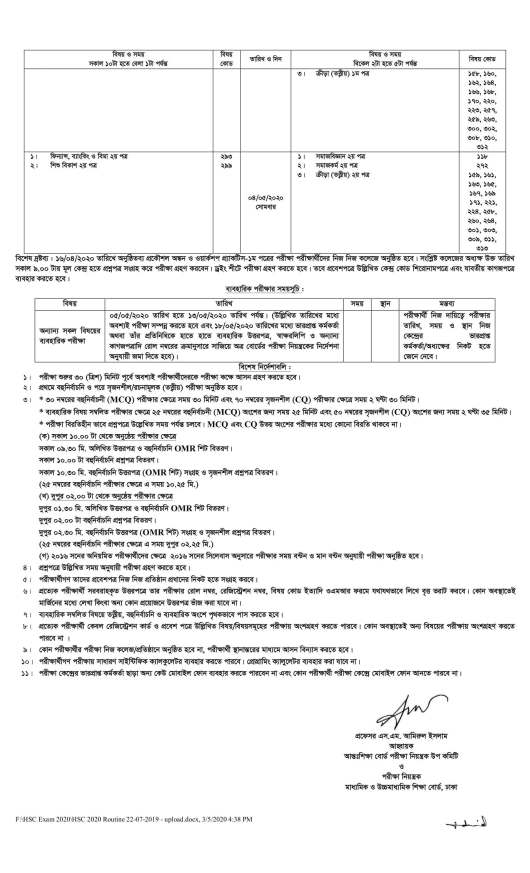